What Actually Constitutes The Commingling Of Funds Under Florida Law? 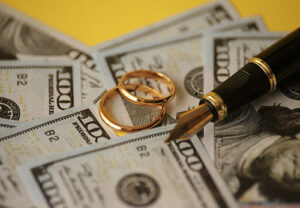 The commingling of funds can occur in several ways. In the state of Florida, anything acquired during the course of the marriage is subject to equitable distribution, regardless of whose name is on the assets or liabilities. One exception to this is inheritance received by one spouse during the marriage, so long as that spouse puts the inheritance in a separate account that is only in their name and that does not hold any marital funds. In other words, the account holding the inheritance cannot be commingled with any joint or marital account, or used to hold other funds acquired during the marriage, such as weekly income. For example, if the other spouse’s name was added to the account holding the inheritance, that would constitute a commingling of the funds and as a result, the spouse would have effectively gifted half of the inheritance to their spouse.

Another way to commingle the account would be to put additional funds into the account during the marriage. Adding marital funds to an otherwise non-marital account constitutes the commingling of funds. These are just a few examples of how to commingle assets. It’s very important to have a conversation with an attorney about how to avoid commingling assets and how to prepare for a possible commingling argument during divorce proceedings.

Can I Legally Tuck Away Or Save Some Money To Pay For My Divorce Or Future Without My Spouse Knowing?

A pre-marital account that was not commingled could be used to plan for a divorce or pay for an attorney. However, during the course of the marriage, one party should not move funds into another account that the other person doesn’t know about, as any such action would be revealed during the mandatory disclosure process during divorce. If one spouse has tucked away marital money just for themselves, then that money will be subject to equitable distribution. Anyone who is planning on filing for divorce should contact an attorney who can help them determine how to legally obtain money that is needed during the pendency of the proceedings.

Why Is The Date Of Separation In Florida Important When It Comes To Our Bank Accounts And Other Assets?

In the state of Florida, there’s no separation time period, so that is not applicable. During the time that spouses have separated and are living apart but have not filed for divorce, the assets and liabilities they accrue are considered marital. The courts will look at the date of filing to determine the marital assets and liabilities. For example, if spouses have been living separately for one year before filing the divorce, the courts will look at each party’s financial accounts and information at the time of the filing—not at the time of the separation a year prior. Unfortunately, all assets and liabilities accrued during the one-year separation may be subject to equitable distribution. For this reason, it behooves people to contact an attorney and file when they have separated.

In some cases, the courts can do an unequal distribution to create equity between the parties. However, the easiest way to determine what was in the bank account at the date of filing is to look at the accounts on the date of filing. It’s important that once the parties have separated in the state of Florida, they contact an attorney who can explain to them their rights, and help them determine the wisest steps during the pendency of divorce.

For more information on Commingling Of Funds In Florida, a free initial consultation is your next best step. Get the information and legal answers you are seeking by contacting attorney Eve McClurg at (239) 334-4383 today.

Get Help Now
Home » What Actually Constitutes The Commingling Of Funds Under Florida Law?